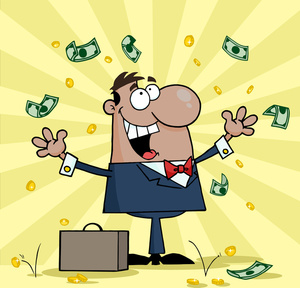 I shall now tell you your desire. Wait, don’t say it… I can get this…

You want a raise!

Know how I knew that? Because everyone wants a raise. You’re about as unique in this desire as you are in liking cake. So now that the cat’s out of the bag and we all know that I’m no psychic, what shall we do about getting you this raise that you seek? When it comes to milking more money out of your employer, there’s sadly no magic bullet. We’re at the mercy of budgets, emotions, parity, revenue forecasts, the economy, and a host of other factors.

Mostly, there are three things that are going to influence whether you get a raise. Before I get into what those things are, let’s take a minute to talk about what will NOT be factors. Just to be clear – this list is of things not to bring up when you’re asking for more money. Ever.

As we’ve gone over, when asking for a raise there is a multitude of things not to talk about (I only listed three, but the list can easily be expanded to include such topics as your new haircut, Coke vs. Pepsi, and what you dug out from between your teeth last night), but there is only one thing that you should in fact talk about. That thing is simply why you deserve more money. Not why do you want it, but why should you get it. What have you done to earn it? Have you taken on additional responsibilities outside the scope of your job description? Have you had some great wins that resulted in the company making and/or saving money? Have you consistently been recognized for outstanding performance? Have you become the resident expert in your field? Is the company truly better off for having you there?

That’s it. There’s nothing else to discuss. It’s easy to sell what you’re going to do, what you plan on over the next year. But you’re not being paid for the future – you’re being paid for what you’ve done, not what you may or may not do later. Highlight your successes, the ways in which you’re irreplaceable, the ways and times that you’ve made your boss’ life easier. Can’t think of any? Then you might want to think twice about asking for a raise. Because at the end of the day, all of us employees are products, and we’re all subject to the same principles of supply and demand. Would you pay more for the same quality product or service if you don’t have to? Neither would your employer. Keep that in mind when you’re building your case.

If you follow these guidelines, you are absolutely, positively 100% NOT guaranteed to get a raise. But if you’ve done a good job of requesting one, you’re very likely to have at least gained some additional respect in the eyes of your boss and to have started the wheels turning for the next time there’s money to spend.

David Gaspin (HR Dave) has hired, developed, coached, counseled, and advised hundreds of professionals at every stage of their careers on how to successfully navigate their careers and job searches, and is proud to have played a part in the professional growth of each of them. Over the course of his career he has recruited for positions at every level and has interviewed and hired thousands of professionals across a variety of functions.  David is currently the Senior Vice President of Human Resources for a ground-breaking high-growth company in New York. He holds an MBA from Baruch College/CUNY and a Bachelor of Music from the Hartt School of Music. All opinions expressed on this site are David's only and are not explicitly or implicitly endorsed by, or necessarily shared by, any organization. View all posts by HR Dave

The Most Important Sites for Your Career